Shaktibad : The Doctrine of Absolute Power 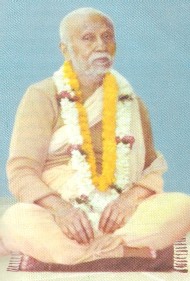 1. The central administration (government) is required to be set up on the basis of certain principles, which are in favor of mankind's movement towards development, individually as well as socially, and are opposed towards any individual or social attitude detrimental to the development of all sorts of people. This policy of the government, which does not approve any kind of immorality creating problems regarding food, garments, education, and employment of any class of people, is Shaktibad. Shaktibad can be termed as the doctrine of absolute development.

2. Those, who adopt a course of actions (karma) to guide, to reform or to push forward the policies of the administration towards that goal, are Shaktibadis (the followers of Shaktibad). They are committed for absolute development.

The divine endowments, a must hold for a Shaktibadi

3. Shaktibadis will mold themselves in the mentality of anti-injustice and anti-asurik. They will resort to fearlessness (abhaya), truth, love (prema) and peace.

4. The cowards cannot accept Shaktibad; so there is no room for cowardice in Shaktibad. To perpetrate atrocities as well as to commit asurik deeds, one has to be daring enough. But, that is not the aim of a Shaktibadi. On the contrary, he/she will acquire true courage to oppose them, with the help of divine possessions (daivi sampada), like truth, love, peace, tejah (spirited opposition against the unjust) and fearlessness (abhaya), as mentioned in Gita.

5. Truth - Truth is nothing but the dissemination of truth. Propagating lies based on imagination, is the trait of an asurik operating policy. Those, who do not enjoy the natural moral support of the human psyche in their operating policies, are compelled to propagate lies to gather support for their own immorality from their own people. The followers of Shaktibad would not do that, because Shaktibad is founded upon the moral support of the human psyche.

6. Love - Love is nothing but absence of hatred (non-violence as mentioned in the Gita). The followers of Shaktibad will not approve any kind of heinous atrocities and traits of asurik nature honoring the ethics of not hating any society, race, religion and individual. Moreover, understanding the implications of this principle, they'll follow slightly tough measures as a remedy of the injustice. If there is no secret or open support of any society in the core of atrocities and asurik acts, one can do justice towards these immoralities through stimulating dislike of the society by publicity. But, if there is support of these atrocities among any particular society, it's not possible to counter them, through sheer publicity. One needs to adopt tough measures in that case. If support towards these kind of immoralities is found in any particular society, Shaktibadis will never render any assistance to not a single body pertaining to that society - let whatever dire circumstances that society may face. Even to the extent, do not help any beggar from that society by providing alms.

7. Peace - Every human being has the right to pray (upasana) according as his/her belief. The procedure of the prayer is without much splendor and favorable to attain peace, in all institutions guided by dharma. Besides this, there are many occasional ceremonies and external rituals in a dharma. Some atrocities and disturbances have arisen putting forward external rituals as a stooge. Thus, we will consider anything as an atrocity which creates disturbances by the rituals alien to the local common customs.

8. The policies of the government, by whose impact, encouragement or weakness, the movement of mankind towards development, individually as well as socially, is hampered; and which approve individual, social, or communal misbehavior (anachara) as well as atrocities; and whose unwise thinking breeds problems regarding food, garments, health, education and employment, is an asurik administration. If one attempts for a remedy of those problems, the asurik government oppresses the society seeking the remedy instead of solving those problems.

Download the Translated Version of this book here.
One needs to also follow the Glossary for a proper understanding of it.